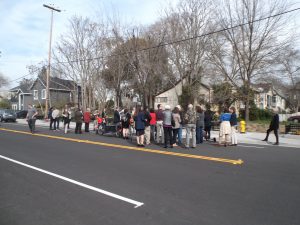 The City of West Sacramento saw the completion and dedication of the Grand Gateway and Washington District Infrastructure Project in West Sacramento on March 19th. This ambitious and necessary infrastructure project is part of the City’s initiative to inspire growth, improve building and increase permits, attract investors, support walkable, green, and affordable housing, and further the connectivity of travelers on either side of the river. The upgrades have been in progress since 2015 as part of a state-funded program backed by Congresswoman Doris Matsui.
A unique feature of this project is its incorporation of art and poetry into the design to beautify public
spaces while improving public works. The crowd gathered to celebrate the dedication and had a chance to ride JUMP bikes along the project site to the final destination on E street. There they were able to hear and see a poem written and presented by former Sacramento poet laureate and Sacramento City College English Professor Jeff Knorr. The dedication ceremony included presentations by various representatives of the project development team from the City of West Sacramento, including Mayor Christopher Cabaldon, who called the project “A grand entrance to our City and our future.”
Ghirardelli Associate Thanh Dickerson was a vital part of the project’s construction management and delivery.
Project highlights include: 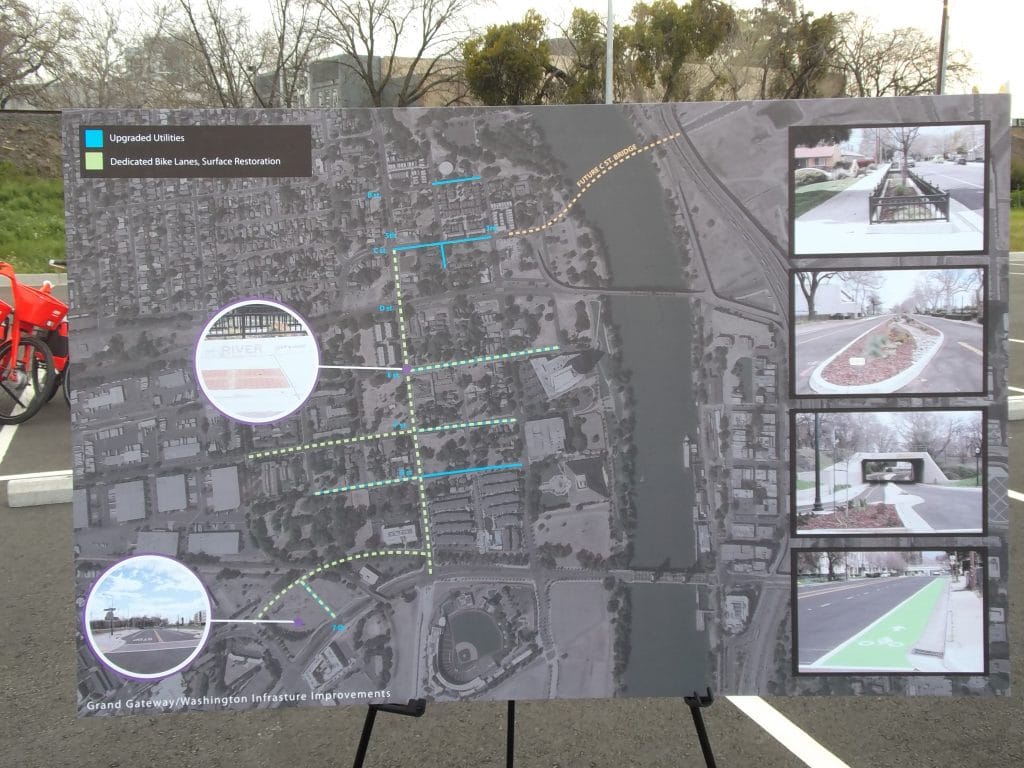